See the January 6th Almanac for the latest news in Dallas real estate!

NYC: People are moving our of major metro areas in the U.S. faster than they’re moving in, according to recent Abodo research, noting the average American moves 11 times in a lifetime. Rapidly growing housing costs appear to be a factor. The Census Bureau states Dallas is the second fastest growing metro area in the U.S. 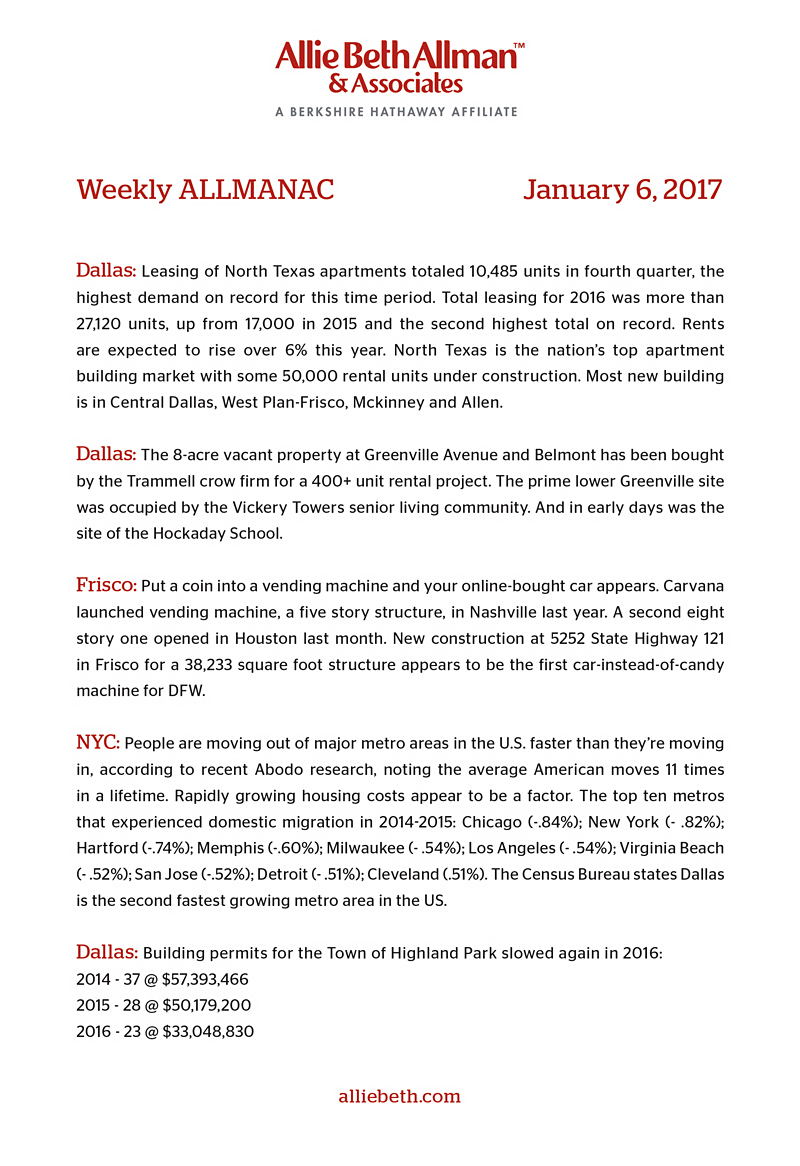