If all goes according to plan, the Dallas suburb of Grand Prairie will have a grand new addition in 2018. Dubbed The Grand Alps, the $215 million development is an indoor ski resort and hotel that will sit on a massive, 350,000-square-foot property off Interstate 30 and Belt Line Road. 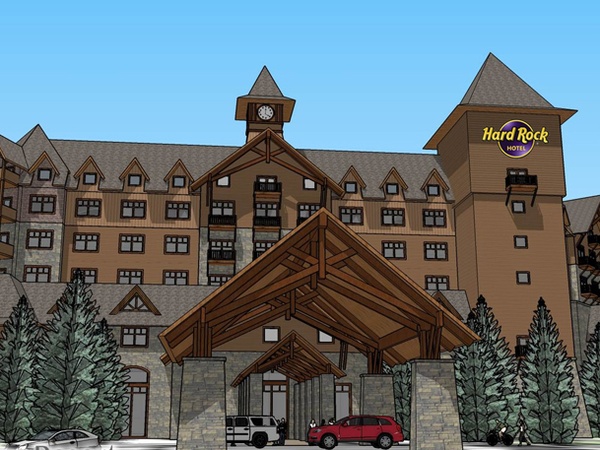 The Grand Alps is slated to open in 2018. Courtesy photo

The City of Grand Prairie announced the news in an October 14 release, detailing the artificial winter wonderland that will soon await paying customers.

There will be beginner, intermediate and expert ski runs, in addition to ice climbing, luge track and Olympic half pipe.

A snow dome will house the longest indoor ski run in the world, which will be more than 1,900 feet in length. There will be beginner, intermediate and expert runs, in addition to ice climbing, luge track, Olympic half pipe and snowboard courses, and general snow play areas.

The ski resort will be integrated with a Four Diamond Hard Rock Hotel and Restaurant. The hotel will contain 300 rooms, two restaurants, retail stores, and a rooftop pool and deck capable of hosting live music events. Within two years, the developer must build a second hotel or double capacity.

In the release, Grand Alps Resort co-chairman Sherman Thurston called the Hard Rock Hotel “the icing on the slopes.”

“The Grand Alps will be a summertime favorite for Texans who want to escape the summer heat and enjoy a usually seasonal only sport,” Thurston said.

Construction on the hotel and ski facility is slated to begin in January 2015, with hopes of opening in 2018. According to the release, the City of Grand Prairie’s investment includes the land and very generous tax breaks, including 100 percent real estate tax abatement for seven years and 75 percent hotel tax rebate for 10 years.

The city estimates more than 1.3 million annual visitors to the venue and the creation of around 2,000 jobs. The total cost of the project is expected to reach $400 million by 2018.

“The entire area is proud to be home to the first Hard Rock Hotel in Texas,” Grand Prairie Mayor Ron Jensen said. “The Grand Alps will be a great new addition to our well established tourist business.”